Round 5 RVGreen VS Wollongong White

This week’s match was a visual feast for both teams, with some great football on display. With no subs, U8Green accessed their spare fuel tanks and tried hard throughout the entire game. Even Jackson, who had problems with his boots, managed to put the painful knowledge of imminent blisters behind him and dig deep.

Wollongong White had a couple of red hot players who made it all look too easy. Anakin and Tanesha shared the goal keeping role and were not offered much time to ponder the bigger picture of the universe. Though under heavy assault at times, their defensive skills were great and they managed to thwart many scoring attempts by the opposition.

Again this week, U8 Green demonstrated their developing skills and passing was a feature of the match. The team are trying to work together to maximise their potential for success. It’s hard when you’re in the action to apply all the instructions, tips and intuitive forces but their efforts today were grand.

Anakin scored soon after half time and put RVJFC U8 Green on the board! Tom scored a while later and celebrated with a body slide. It begs one to wonder, what will be each player’s celebration move? Will we see ‘the robot’? ‘Run around Stu’ has been robbed of ‘ball-in-net’ on many occasion but he never gives up and with continued efforts will no doubt get the booty in weeks to come.

Mikey and Tanesha were awarded to medal and trophy this week. Each week Mikey gains more confidence and runs with the action of the game. The game flow is usually fast paced and new-to-the-game-Mikey never shies away. Tanesha made some great runs and made some high pressure saves in goals providing many clap happy moments on the sideline! 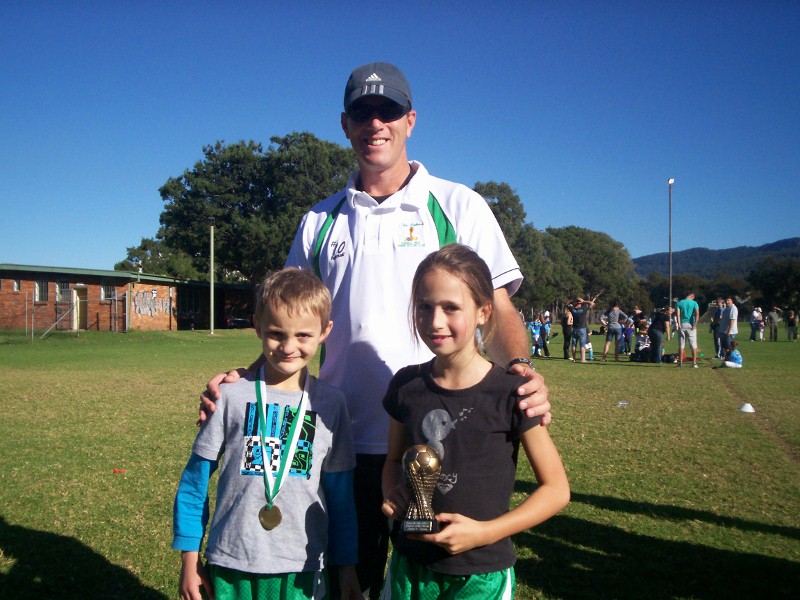