Skip to content
.
The U13 div 1 side entered into this year’s State Cup Competition which is a knockout tournament with teams participating from across the FNSW region. The team that enter are a mix of division 1 sides from the Sydney associations and some rep teams from country areas. As a traditional cup competition once you lose you are out of the tournament. Last year in the u12 group the boys won the first game, before being knocked out against a very strong Glenmore Park outfit.
.
This year in round 1 the boys were pitched against last year’s Grand finalist, AC United, who hail from the Southern Districts Association. AC United are currently leading the Southern District Competition and they play against teams the calibre of Marconi on a weekly basis. Without putting too much emphasis on it it was certainly going to be a difficult game for the boys when in recent weeks they have been struggling for some form.
The boys have been playing some good football and it was evident throughout this match, even though there were obviously under the pump for much of the match they maintained their composure and stayed true to the way they have been taught by Julio, trying hard to keep possession and play a passing game. Right on the half time whistle Matty D had a shot which their GK spilt and our assassin, Sam Miranda, pounced to get us a goal up.
Rather than shut up shop the boys continued to play football throughout the game which was extremely pleasing. What was even more pleasing was the way they maintained their composure as the opposition lost theirs, with a yellow card being produced towards the end of the game.
.
Jack, Dean, Sam M and Ryan played up front and made the most of the ball when it came their way. Matty D, Jai, Ruben and Mark worked tirelessly in midfield against some really big, solid, opposition. As expected, the back line of Sam L, Wilson, Jacob, Lochlan and TK were in for a difficult day at the office but were truly outstanding under immense pressure. Special mention to Wilson and his parents for leaving Orange at 5:00am to get to the ground on time, many thanks.
.
Of course the mentions would not be complete without a shout out to our Goalie, Braeden “Stretch” Kludass, for putting in a faultless display. As ever, cool as a cucumber, and even when we were obviously under pressure looking for opportunities to distribute the ball through the backs, rather than bashing it forward.
.
Well done boys, the effort has paid off. Next game will be in a fortnight’s time against St Augustines, who had a bye in the first round. I’m sure Louis and I can dig up some dirt and see what their form is like, on paper at least.
.
Garry 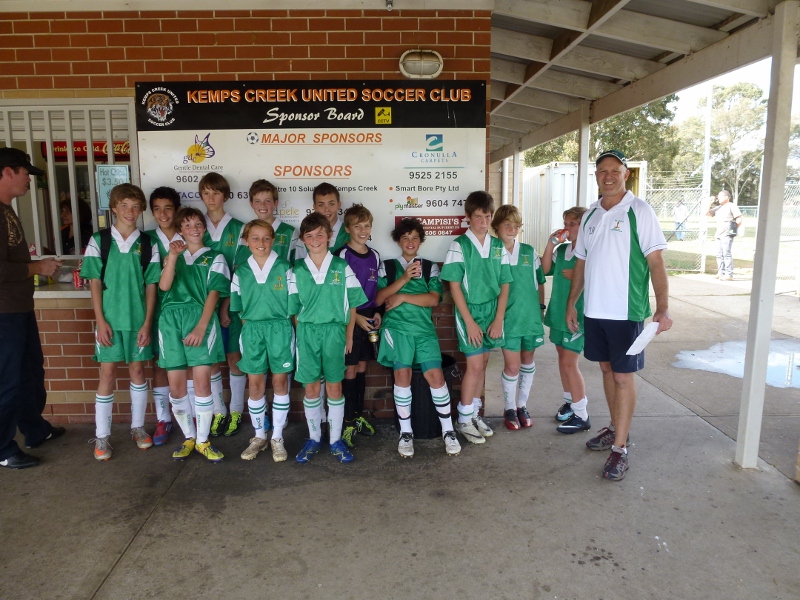