Four players from the Under 14 division 1 side have been selected to represent Football South Coast in the Football NSW Regional League Competition. The players are Jack Noli, Ruben Muharem, Brodie Foster, and Sam Luyten. The competition is a second tier competition under the FNSW Premier League, where the South Coast Wolves play. The boys go to extra training sessions with squad which is being mentored by Former A-League Player and current South Coast Wolves Captain Jacob Timpano. They had a pre-season hit out against Southern Districts where they won comfortably, and today (28th April) played their first competitive game against the St George Association. All four boys had very solid games with Jack picking up a goal in their 6-1 win. We are very proud to have the boys playing in the comp and wish them all the best throughout the year.

Fixtures and results are available on the FNSW web site.   The boys travel to Bathurst to play Western NSW Football on 26th May, followed by a home game at Macedonia Park against Hakoah Sydney City East on 16th June.

Here’s a photo of the boys after their recent club game against Coniston at the Cawldron. 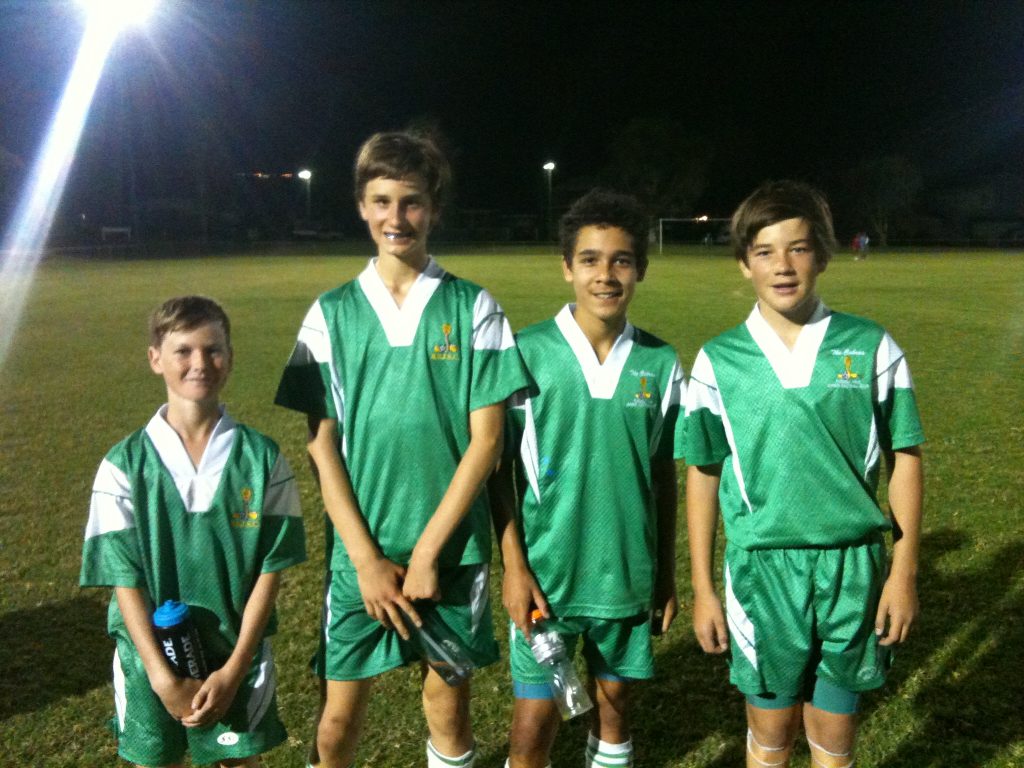