The mighty under 13 Girls 1st home game at Cawley Park this morning was another magnificent effort from all concerned!!

The players went hard on the field and their wonderful parents matched their on field efforts off field, with ground duty, canteen duty and their positive and encouraging supporting of the Team.

In a tough match our girls came up against the early pace setters of our competition- Unanderra who have won 3 games and scored a mountain of goals. The Unanderra Team came to Cawley Park with a big reputation and an even better pre game warm up routine that had our girls (and coach and manager) slightly in awe and a tiny bit worried about our chances.

Our tough hit out against Dapto last week put us in good stead this week and we were very competitive and willing in contesting the ball early on. The scores were level at half time and whilst our opposition had the better run of play in the first half our defence kept them scoreless.

The second half saw Unanderra get an early goal and then got a scrappy goal late in the half which secured the win for them. Whilst they walked away with the 3 points, they certainly would of known they were in a fair dinkum contest at games end!!

Not wanting to single anyone out in what was a fantastic Team effort, I would like to give a special mention to Meg our wonderful goalkeeper for both halves today. Not only did she have a blinder in goals, but volunteering to do the second half in goals was an early season highlight of the character and spirit that exists in this Team. Great stuff Meg!!

As we said after last weeks game, the girls individual skills and Team work is improving each week and when we play these sides in the second round they will certainly see a more skilful, experienced and confident side the next time we meet.

Last but not least and to emphasise the point- a BIG THANK YOU to all the parents!! Your efforts (especially Mum’s on Mothers Day) was great and it was fantastic to see every one pitching in and contributing to what was a wonderful morning of soccer at Cawley Park. 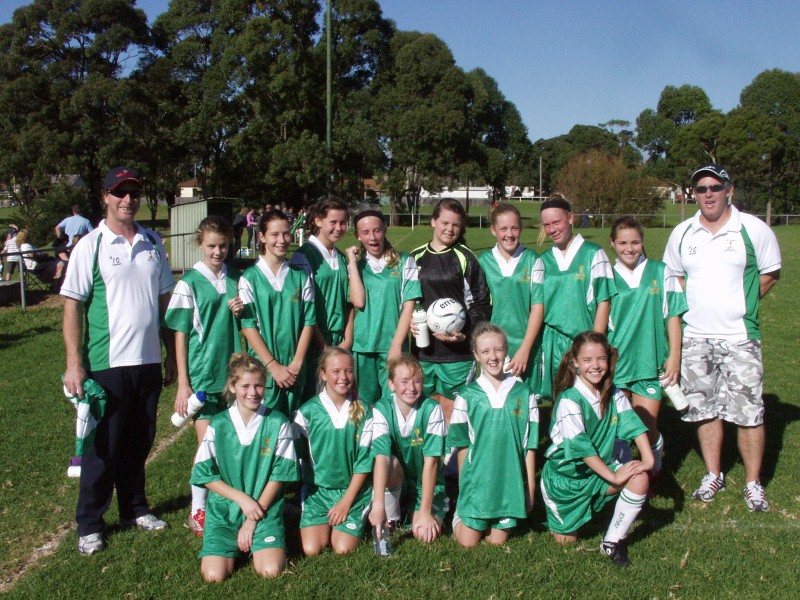