Julio organised a trail against Balgownie. Bally have two teams in div 1 this year that we will have the pleasure of playing against. The game was played in true trial spirit. The coaches refereed and there were no linesmaen, we played at Bott Reserve in Bellambi, while the goals were up the ground wasn’t marked. Most of our boys turned up just before kickoff. Not ideal preparation (and not to make exuses), but at this late stage the run was well worth it.  Unfortunately the scoreline wasn’t very flattering, but as with the trial against Bulli there were a heap of positive signs, a lot of great skill and a desire to play the game the way it’s meant to be played. If I had to put a finger on the differences between the teams the Bally forwards were very quick (similar to Bulli) and when they got away they scored, Braeden had plenty of practice and made a couple of one-on-one saves.

It was also god to see Jack back in action after the layoff with his broken wrist. Everyone had a go and the positions were also changed around a lot during the game. The next couple of weeks isn’t going to be ideal with Easter and School holidays before the season starts on the 14th (maybe even the 13th!). The only good thing is that all the other teams will be starting off on the same footing. 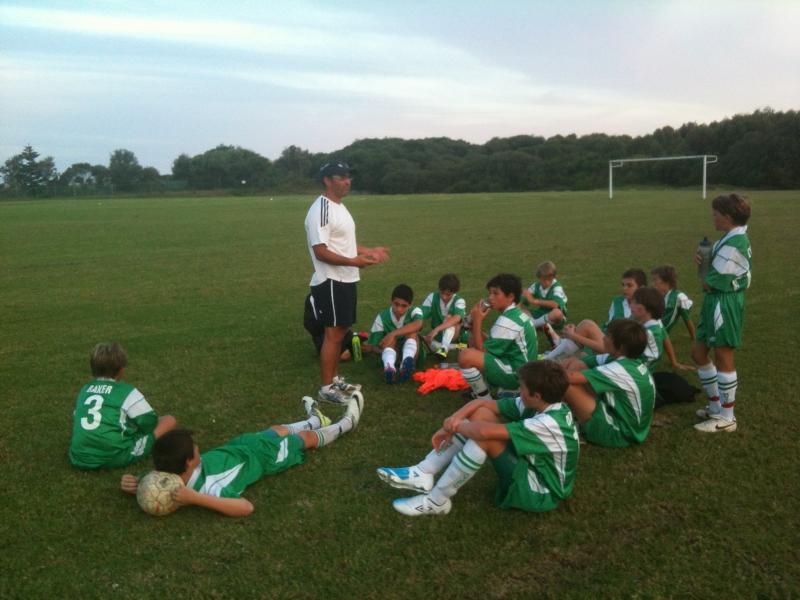